50 Grand For A Down Payment Plus Passive Income

Saving for a down payment is generally the toughest part of buying a home.  This new startup, which is now only in Seattle, will help significantly with the down payment.  Hopefully, one day this service will, also, be available in cities across the nation!

This Startup Helps You Buy a House (If You Hand Over Your Airbnb Income)For buyers in hot real-estate markets, a new kind of mortgage offered by a company called Loftium might offer a way to purchase a home.KRISTON CAPPS @kristoncapps Sep 20, 2017, posted on CityLab.com

Laura Coe wasn’t planning on joining Airbnb as a host.  She wasn’t exactly set on buying a house, either.  She was interested and looking, but until recently, buying a home in Seattle’s white-hot housing market still seemed like a long ways off. Then she heard about Loftium, a startup that ponies up the down payment for first-time buyers.  And then everything snapped into place.  With that financial support, she was able to put 5 percent down on a two-bedroom Craftsman home in a quiet alley in Seattle’s Capitol Hill neighborhood.  Coe says that she’s closing on the house any day now.  “I started a conversation with [Loftium] not that long ago—probably six weeks ago,” says Coe, 29, a senior finance manager at Microsoft.  “A couple weeks later, I had gone through the pre-approval process.  It moved super quickly.  My offer was accepted within 24 hours, and before you know it, I’m closing on a home.  ”There’s a catch: For the next year, Coe will have to rent out the mother-in-law unit attached to the house via Airbnb.  Most of that revenue from that will go back into the coffers of Loftium, and at least part of her time will be occupied with making sure the rental stays clean, giving guests maps to local neighborhood haunts, placing mints on pillows and the like. Coe says it’s worth it.

Loftium is attempting to pioneer an all-new kind of mortgage.  The company itself isn’t providing a loan at all, its founders say.  Loftium pays the down payment.  The buyer pays it back through passive, short-term rental revenue.  Not through interest, not through equity, but through Airbnb.  The startup, which launched this week, plans to back down payments for 50 home buys like Coe’s across Seattle over the next 6 months.  “Not only do we give an upfront down-payment assistance portion, we also split the [Airbnb] income with the new homeowner post purchase,” says Adam Stelle, cofounder and chief operating officer at Loftium.  “The nice part is, they don’t have to pay us back directly.  It’s not structured as a loan.

”In surveys, renters list the down payment as the biggest block to buying a home, above student debt, lack of credit, and job instability. “Down payments are a primary obstacle to home purchase for a large share of renters,” says Jonathan Spader, senior research associate at Harvard University’s Joint Center for Housing Studies.  “That’s been true for a number of years.  ”According to the Fed’s 2013 Survey of Consumer Finances, the median renter household has a net worth of $5,400.   Meanwhile, costs continue to rise: In June, the median U.S. home price eclipsed $200,000 for the first time ever, per Zillow.

In the Seattle metro area—where the median home value hovered around $400,000 in 2016—a homebuyer laying out a 20 percent down payment would need more than $78,000. Even an FHA loan–friendly 3.5 percent means nearly $14,000 for Seattle buyers.  That’s a lot of avocado toast!  For would-be buyers without ample savings—or inheritances from wealthy aunts or handouts from generous parents—that’s where Loftium steps in.  Buyers who work with the startup agree to sign up as an Airbnb host to rent one of their rooms (or basement units) to work off the down payment.  The contract period typically lasts one to three years, during which Loftium takes the check from Airbnb but kicks some back to the owner—typically, about 30 percent.  “The vast majority of people who are able to buy early were all getting help from their family and friends,” says Stelle, who started Loftium with cofounder and CEO Yifan Zhang about a year ago.   “People without access to friends and family support basically are not able to afford because of the down-payment hurdle.  ”The setup is unprecedented but above board: Loftium has partnered with a regional lender, Umpqua Bank, to serve as the mortgage lender.  The startup received regulatory approval from Fannie Mae, which has been sniffing around for solutions about how to qualify millennial borrowers with student debt for home loans.  (More on that in a moment.)  “There’s a lot of controversy around people buying investor properties taking housing supply out of the market.  I think we’re using Airbnb for good.  ”For buyers who sign with Loftium, the terms are strict: Owners get eight free “block” nights a year on the rental room or unit, meaning that they’re listing it on Airbnb for the other 357 days.  Loftium aims to make the process painless for the buyer-slash-host, so they throw in some support elements, such as a smart lock-pad and software for automating interactions with guests.  Hosts take the cleaning fees.  (Loftium has no formal relationship with Airbnb.)  “As long as you are performing the core duties of an Airbnb host—being friendly to guests and not being rude, keeping your unit listed as available for the duration of the contract—if for whatever reason it doesn’t perform well, you’re not on the hook to pay us back,” Stelle says.  “We’re taking a lot of the risk on our end, because we obviously don’t want to get into a position where we’re jeopardizing people’s first homes.

”Loftium clients who do default on their hosting duties risk paying a buyout clause (with a 15 percent cancellation fee) or getting hit with a lien.   Given the relatively small figures for the loans and the quick turnaround on the contracts (36 months or less), though, the greater risk to Loftium may be the precarious politics of Airbnb itself. For example, the Seattle City Council is weighing an Airbnb bill that would require a new operator’s license for short-term rentals and limit licensed renters to two dwelling units.  Another way to look at this bill, though, is that it fully legalizes the private-room-for-let Airbnb model, Stelle says. Most municipal regulations aimed at Airbnb target institutional investors.  That’s true in several of the cities that Stelle mentions as possible markets for Loftium as the company expands its partnerships with lenders: Chicago, Nashville, Washington, D.C.   “There’s obviously a lot of controversy around people buying investor properties and renting the whole thing and taking housing supply out of the market,”  Stelle says.   “I think we’re using Airbnb and that technology platform for good and helping first-time home-buyers, primary residents, buy and afford to stay in their homes.

”So is this legal?   When a parent helps out their kid with a down payment for a home, they would need to give the lender a letter—and more like an affidavit—saying that the gift comes with no strings attached.  Clearly, there are strings attached to Loftium’s not-quite-a-loan deal.   Umpqua Bank created a special financial product that treats Loftium’s contribution as neither a gift nor loan.   “It’s a new mortgage product restricted to a single lender [Umpqua] and a single provider [Loftium],”  Stelle says.  The need plainly exists beyond Seattle.  A 2016 paper from the University of Southern California’s Sol Price School of Public Policy shows that adult children who received a cash transfer ($5,000, for any reason) from their parents within a two-year period were 23 percent more likely to transition into homeownership (and 13 percent more likely after controlling for various wealth factors).   Another study from the Lindner College of Business at the University of Cincinnati finds that parental gifts contribute mightily to the homeownership gap between white and nonwhite adults.

A startup like Loftium widens the possibilities for would-be homeowners who simply can’t make up the savings gap as rising rents and home prices mount.   Down-payment assistance programs come in a few different forms, providing direct assistance through grants, a soft second loan, or individual development accounts.  Loftium may be the only service that makes another startup—in this case Airbnb, which is often characterized as a factor causing rents to rise—work for would-be homeowners.   For Coe—who received $9,000 from Loftium, which she will repay over the next year—the assistance on her down payment allowed her to free up more cash for the upfront costs of renovating the mother-in-law unit.   She says that she always intended to buy a house with a separate unit for rental income (a tip from her father, a real-estate investor).  Once her contract with Loftium is up, Coe intends to keep renting the unit out, either as a landlord or via Airbnb. “It wouldn’t have been impossible” to become a homeowner without the boost from Loftium, Coe says.   “But it wouldn’t have happened as early as it did.” 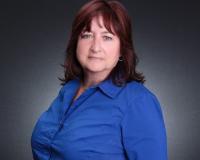 Deirdre is a Broker and co-owner, with her husband Steve, of EXIT Realty Champions in Davenport - the closest office to Disney World Orlando! With 12 years of experience over a broad range of real est....

The 1 Reason It Is Difficult To Find Your Dream Home

The #1 Reason It Is Difficult to Find Your Dream HomeThe headlines in real estate today all revolve around one major point: there is a shortage of homes available for sale. Price appreciation

Four Tips For Selling Your Central Florida Home In A Hurry

Four Tips for Selling Your Central Florida Home in a Hurry.One of the good things about the Kissimmee real estate market, if you are a homeowner, is thatthere is always someone looking to buy. Even

Resort Style Living in this beautiful 2 story fully furnished townhouse on the private, gated  Balmoral community on Hwy 27 close to Legoland and easy access to the

Can I Afford the House I want?One mistake young homeowners make is overextending themselves on the price of a house. They can look at what a monthly mortgage payment can be and decide that if they


Should you require assistance in navigating our website or searching for real estate, please contact our offices at 863-420-0007.

By registering, you agree to our terms of use and that real estate professionals and lenders may call/text you about your inquiry, which may involve use of automated means and prerecorded/artificial voices. You don't need to consent as a condition of buying any property, goods or services. Messages/data rates may apply.